On June 29, the Transpyrenees unassisted ultracycling test was held.

The route linked the municipalities of Llançà (Girona) with San Sebastián, crossing the Pyrenees, and with it many of the hardest and most mythical ports in world cycling. Adding a total of 950km of distance and 24,000 meters of positive elevation gain.

The whole race could be followed live by Dotwatcher , like Ixcor Y Apidura sponsor of the test, who reported live the GPS position of all participants.

Riders in this type of event must be self-sufficient and are not allowed any type of planned external assistance. For this reason, they have to know how to manage themselves and calculate what they will need throughout the journey.

At 10pm on Saturday 29 / Jun the riders left heading North, to cross the border and enter France where they would be pedaling all night and day.

The first great pass they encountered was that of Pailhères, where those who were in the lead managed to reach it early in the day when the temperature was milder.

The riders who started to climb the port around noon had the same luck, since temperatures with a historical record were registered in the area and everything got complicated.

In less than 24 hours from the start, the first two riders had already pedaled for 500km and crowned 13 passes, thus taking more than 3 hours ahead of their closest pursuers. The Germans Ulrich Bartholmös and Cristoph Fuhrbach crowned Col de Menté together and did not slow down.

Part of the strategy of this type of race is to calculate when and how many hours to stop to rest, since many times you can take more or less time according to these stops.

Once the two Germans climbed the Col de Superbagnères they continued pedaling towards the mythical Col du Tourmalet pass.

At 7am on Monday morning we could see that Ulrich had only stopped to sleep for 3 hours and was still en route having already crowned the Tourmalet, while Cristoph rested 6 hours and a special category port awaited him.

To all this, the first woman, the German Ana Orenz took more than 40km from the second, the Irish Aoife Henry following the strategy of sleeping very little and on the road.

On Tuesday at 01:40 in the morning, Ulrich arrived at the finish line, after having spent a few hours pedaling under the intense rain of a summer storm. Cap # 15 had managed to complete the route in 50h 46min, going down much of the time provided by the organization.

It would take more than 12 hours to see the French Clément Clisson arrive, who after having had several breakdowns on his bike managed to cross the finish line in San Sebastián. This young man of only 21 years old showed his great strength both mental and physical as he made his debut in this type of test.

We also received the first woman Ana Orenz after 80h and 23min after the start of #Transpyrenees, finishing in eighth place in the general classification, managing to climb up to 2 positions pedaling throughout the last night.

Little by little the rest of the riders were also arriving, joining the party that the other riders had improvisedly organized at the finish line, with a total of 55 finishers out of 80 participants.

It was an ultracycling race in which we experienced first-hand all the emotions of the riders, from their most difficult moments over time, punishing them harshly for their enormous happiness after reaching the finish line and having passed this incredible test, crossing the Pyrenees from coast to coast. coast through its most legendary ports in unsupported mode. 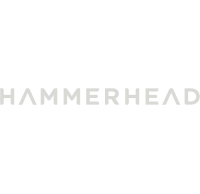